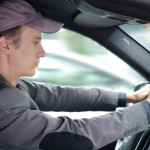 From Issue 30 (January 2015) of eClean Magazine, by Allison Hester

As cleaning contractors, you already know there are risks involved in what you do. Working from ladders, working with chemicals, using water around electricity, and even just stepping over hoses all produce risks.
In reality, however, you and your crews are much more likely to be injured – or worse – while driving to and from jobs, rather than on the job itself.

Cell phones have become a necessity in business, particularly for contract cleaners who spend much of their time on the road traveling from job to job. Customer service is always a priority, and sometimes the “best” time to return calls is when driving between jobs. Also, cell phones are important for keeping in contact with employees who are out on the job.

When you are driving and talking on a cell phone at the same time, you experience “cognitive distraction.” Your brain cannot process two cognitively complex tasks at once, and has to switch back and forth between the cell phone conversation and driving. Your brain becomes so overloaded that you may miss seeing up to 50 percent of your driving environment. You may be looking at the road, but you aren’t really “seeing” what’s going on. Researches refer to this as “inattention blindness,” which is similar to tunnel vision.

When talking on a cell phone, your brain prioritizes the conversation as your primary task, making driving – and the information you should be noticing – secondary. Even more, research has found that your brain reacts the same whether you are using a handheld device or a hands free device. According to the NSC, hands-free devices are NO SAFER than handheld.
Hold the phone! (Pun intended.) Does that mean you shouldn’t talk to passengers or listen to the radio when driving? For the most part, the brain responds differently when talking with passengers. In most situations, the brain can generally keep driving as the primary function and the conversation or radio as the second. Plus, passengers usually tend to suppress conversation when the driving environment becomes more demanding.

Employers fall under the legal doctrine of vicarious responsibility, which means employers may be held legally responsible for any job-related negligence conducted by employees. Over the past several years, this has increasingly applied to cell-phone related vehicle accidents. If you provide cell phones to your employees, or if a cell phone is a necessity for your employees to use as part of the job (even if they own it), you can be held liable for problems created by your employees using their cell phones while driving – on or off the clock. Some cell phone-related accidents have cost employers millions.

To protect your company’s liability, as well as protecting your employees, you need to have a written cell phone policy. Employees need to be given a printed copy of the policy, and you need to have them sign off on a copy of the policy for your records. Then you must enforce your policy. These will help protect you if an employee is in a cell-phone related accident. 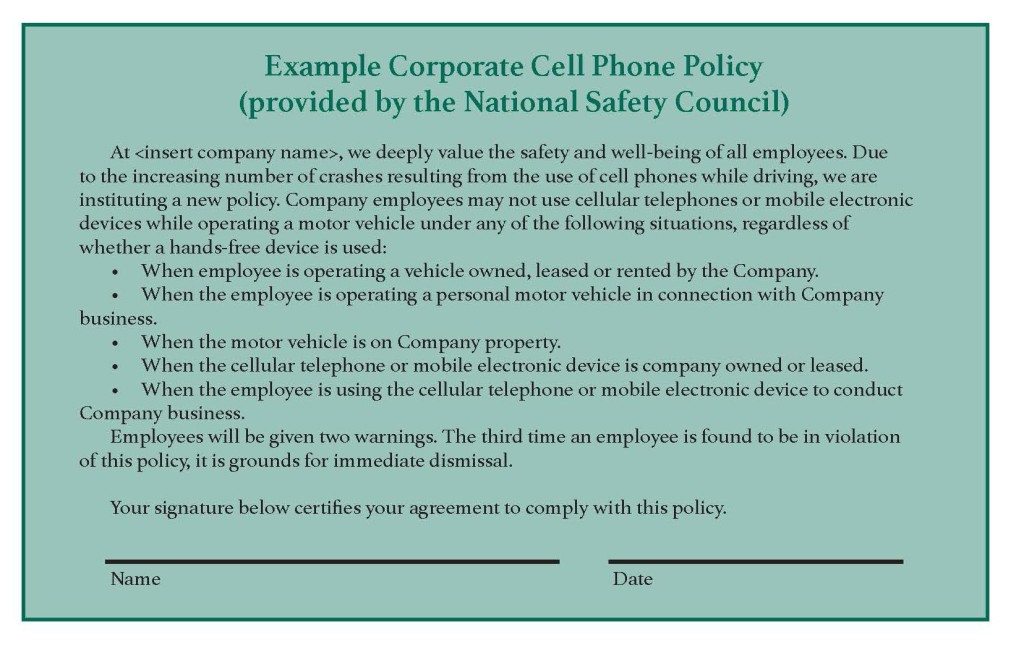