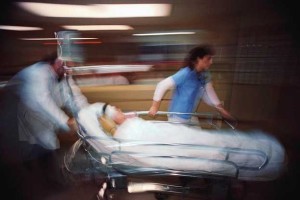 This past Friday (January 24), a 37-year-old carpet cleaner in Tennessee was killed by what investigators believe was carbon monoxide poisoning. Al Batson, Jr., was cleaning a vacant home that was about to be rented. The person planning to rent the home found Batson’s body on the second floor Friday morning. Batson had parked his van inside the garage, then shut the garage door while running a generator to power his equipment. The generator was still running when the fire department arrived.

In light of this recent cleaning-related tragedy, it seems appropriate to go over the basics of carbon monoxide poisoning, particularly as much of the mobile cleaning industry involves running carbon monoxide-producing equipment.

The Centers for Disease Control estimates that around 20,000 people visit emergency rooms each year for carbon monoxide (CO) poisoning. Approximately 400 people die from CO poisoning annually, and many others suffer from brain damage.

CO is an odorless, tasteless gas – which is why it’s often called “the silent killer.” Your best defense is to utilize a carbon monoxide detector and to try to avoid running your equipment in enclosed spaces. However, there are also warning signs you should be aware of.

Early symptoms often resemble the flu – headaches, nausea and fatigue. Additionally, you should pay attention to the following symptoms:

If you suspect you have been subjected to CO poisoning, you need to first get out of the area where the carbon monoxide may be, then head to the emergency room. Treatment generally consists of checking your blood for carbon monoxide, then receiving a high dose of oxygen, usually through a facemask, but possibly in a hyperbaric pressure chamber in more severe cases.

Some cases of carbon monoxide poisoning have no long-term effects, but others cause brain damage that result in memory loss, concentration/thinking difficulties, or other neurologic or psychiatric problems.