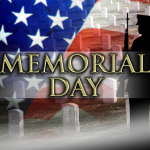 Memorial Day is a holiday dedicated to honoring those men and women who died while serving in the U.S. Armed Forces.

One industry member who understands this all too well is Jared Greene, owner of DCS of Fayetteville (North Carolina). You may remember the story we ran last Fall on Jared Greene , who was deemed Envirospec’s Washin’ Warrior, and who, in an unbelievable moment of fate, also won the Hydro Tek skid that was given away at the PWNA Annual Convention.

Jared first joined the military in 1998 with plans to serve as a career infantryman. However, in 2011, while serving with one of the last groups remaining in Iraq, Jared’s unit was attacked with an IED. He lost two very close friends in the incident, and was later diagnosed with an injury that would prevent from continuing with the infantry. Jared left the Army in March 2013 and began pursuing military disability. That was also when he discovered he loved pressure washing, and decided to start his own business.

While his business has been growing slowly, Jared said he knows what is holding him back is the ability to market his company. He has found himself in the same catch 22 that so many contractors do when first getting started — they need to market to make money, but they need money to be able to market.

It seems fitting that this Memorial Day weekend, Jared became the 300th member of the Pressure Washing Resource Association (PWRA). His PWRA membership and ticket to this year’s convention, which will take place August 8 and 9 in Nashville, Tennessee – was donated to him by a PWRA member who wished to remain anonymous.

“A PWRA member wanted to do this for Jared, who has been networking with several of our members both online and by phone,” explained PWRA Co-Founder Thad Eckhoff. “This anonymous member said he respects the fact that Jared is really getting out there, working hard every day, and trying to build his business. He understands that Jared is not in a financial position to invest in his marketing like he needs to, and believes that the awesome discounts and programs offered by the PWRA – along with the private forum for PWRA members, and of course, the incredible education and networking opportunities of the upcoming Pressure Washing and Window Cleaning Convention in August – will be just what Jared needs to take his business to the next level. ” Jared’s new PWRA membership will provide him with a number of marketing discounts – from yard signs, to at-cost printing, to access to professionally designed and proven marketing materials.

“While my business is growing slowly, I know there’s a giant hole in my marketing. So, I’m going back to the basics and I’m using the crawl, walk, run marketing method — starting with yard signs first, then flyers to be passed out by myself from door to door, then saving for an EDDM campaign, which I hope to soon be able to do on a regular basis,” Jared explained.

To help with this even further, Tim Fields of Signs2Day.com (Read our article on Sign2Day.com) offered PWRA members an additional 20% discount in honor of Memorial Day. In the process of announcing this, two contractors offered to pick up the tab for Jared’s first batch of signs.
In response to all of this, Jared Greene had the following to say to his fellow PWRA members:

As the 300th member of the PWRA, I wanted to give you all a huge ‘Thank You’ for having me – especially the anonymous member that picked up my first year’s membership fees. All of you – friends and members alike – have shown the highest level of professionalism and knowledge and have shared those values with guys like me with no hesitation whatsoever. I feel lucky to be a part of this family and look forward to growing my company exponentially with the help of all of you… . Thank you for each and every thing you do.

One word of advice for those who haven’t become a member yet. Save up the money for your membership and purchase it as SOON as you possibly can Following my registration today, I finally got to see behind the curtain of what privileges this membership holds, and it’s unsurpassed by anyone or anything. If you’re willing to put in the work, it will guarantee you and your company success.”
To learn more about the PWRA, visit their website. To join the PWRA for $249 ($100 off regular membership) and receive a free ticket ($199 value) to this year’s Pressure Washing and Window Cleaning Convention, August 8-9 in Nashville, Tennessee, visit the event website here.