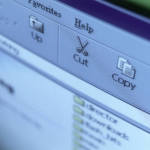 The official Google blog says that there is no “duplicate content penalty” per se, but then goes on to say that Google does frown upon copying (i.e., “scraping”) content word for word from other sites, using very similar content on several pages of your own site or on more than one domain.

However – and this question was raised in the cleaning industry a few months ago – if someone else takes your content (i.e., “scrapes” content from your site), your site should not be penalized. You can also post blogs from your site onto other sites, such as industry boards, without penalty as long as you post on your own site first.