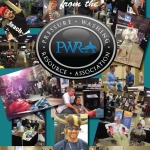 Snapshots from the 2013 PWRA Convention

Editor’s Note: On August 8-9, hundreds of pressure washing and window cleaning contractors will gather at the Opryland Hotel in Nashville for the 2014 National Pressure Washing and Window Cleaning Convention, sponsored by the Pressure Washing Resource Association. Below is our followup article about LAST year’s event. (Click herePWRA-Convention to download the original article.) To learn more about the 2014 Convention, visit their website: www.PressureWashingConvention.com

On August 23 and 24, Thad Eckhoff and Chris Lambridines of the Pressure Washing Resource Associaton (PWRA) made industry history as hosts of the 2013 National PWRA Convention. The first-time event, which took place in Nashville, Tennessee, had an amazing turnout and has gotten phenomenal reviews.

Attendees traveled from around the country (and beyond), and represented a mixture of cleaning specialties, years in service, and number of prior conferences attended. One thing was certain, the vast majority were blown away by the number of vendors, the assortment and quality of presentations, and the overall atmosphere of comraderie, all of which took place in the spectacular Opryland resort.

“Being in such a classy venue made us feel as though our business matters. Being in a place like O0pryland brought a legitimate feel to the whole cleaning industry.” – Steve Stevens, Son Light Window Cleaning, Murray, Kentucky

The event kicked off early Friday morning, with a keynote presenation entitled “Money is Not the Motivator” by Curt Kempton of 5-Star Window Care. Curt is known for his humor and enthusiasm, along with success in keeping his employees motivated.

“For us, Curt’s address was more than worth the time and money needed to travel to and participate in the PWRA 2013 Convention! Sheila and I took years off trial and error experimenting on business practices, best techniques, products, and equipment by attending the
PWRA Convention in Nashville 2013. Thanks Thad for making this happen!” – Steve LeBold, SSR Pure Clean, Ontario, Canada

For the remainder of the convention, attendees studied the vendors and products on the trade show floor – which remained busy from the time the doors opened until they closed 10 to 12 hours later. Breakout sessions – all 27 of them – were well attended and received, and several were standing room only.

“Thad knocked it out of the park by including spouses at no charge. It was so cool to see my wife, Jodi’s, excitement when she came out of the breakout sessions. We also had a good time having lunches, dinners and evening entertainment with so many that attended the event. Way to Go PWRA for getting this convention done right. We Loved IT!” – Jeff Byrne, Roof Renew of Michigan

The overall consensus was the same. The First National PWRA Convention was a slam dunk, and one of the biggest and best events the pressure washing industry has ever experienced. And the best part is it’s only going to get better.

“I was blown away. The convention was 110 percent worth every nickel, and then some. There are a lot of guys spraying water; this was for the business guys. The guys who are really building companies, not just working for a check. Vendors had great deals and my wife even had a blast.” – Brian Sauls,Sunco Exterior Solutions, Bluffton, SC.